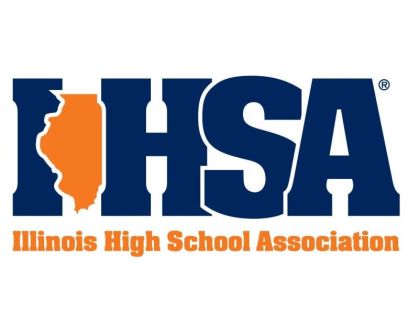 It has been a long time coming… Not a new post on this blog, rather, a proactive and thoughtful policy/plan for high school football safety. This process has not been easy and there is no way I can take full credit for this but I do have some rather exciting news regarding something that I, personally, have been working on for six years.

Weekly Player Limitations for Football
1. A player shall not play in more than 2 games in any one week, and shall not play in more than one game in a single day. For the purposes of this section, a week is defined as the seven-day period running from Sunday through the following Saturday. (It is recommended that if a player does play in 2 games in a given week, one of those games is only as a one way player. [i.e., only plays on offense or defense or special teams])]
2. Players cannot play in games on consecutive days or be involved in live contact/thud in practice the day after playing in a game.
3. 1 play in a game equals a game played.
NOTE: If a player plays in a game that is stopped due to weather or other circumstances and completed the next day, the player can participate in the resumed game the following day.

Back in 2012 I wrote this piece on what I thought would be a better way to protect our athletes that chose to play football in high school. The proposal I wrote up in 2012 was before all the changes that have happened in the NFL and NCAA. This crazy idea made even more sense after all of those adjustments because the levels above high school were adding protection for the athletes, yet the most “populated” level was not. Although the policy added today to be implemented in the 2019-2020 school year, was not as was written on this blog; it is a very good one for protecting our players.

Thankfully there were some people who wanted to listen to this and decided to take on this challenge, one way or another at the state level. I have been lucky enough to be part of the last phase of this as part of the Illinois High School Association Sports Medicine Advisory Committee via the Players Safety Council. Committee member, athletic trainer Greg Gaa, has been the spearhead of this for the past four years. The process was never easy including up to the Board of Directors deciding on this today.

This policy is more than for concussions, although it is the catalyst, it is about player safety and recovery.   Kids were playing three levels of football games in a week due to low numbers, they were also being subject to “full-speed” contact drills on their off-days as well. Something had to give, especially when you looked at the injury numbers for freshman and sophomores (let alone concussion numbers). This policy effectively puts into place a safeguard for the kids; mandated “rest” (albeit active rest) after uncontrolled, high-volume and high-intensity game activities.

One of the biggest barriers was obviously the coaches; many were doing the right thing and based on our data gathering it may have been upwards of 90%. We thank the coaches for doing the right thing but we also thank them for being part of a solution that I feel will potentially save the sport. Certainly there have been plenty of “this will kill football” or “you’re gonna make less kids play” type comments. But if those people step back they will realize two things: 1. the sport is already hemorrhaging players, and 2. this will allow the players/parents that are worried about abuse/”meat grinder” practices being curtailed. In my humble opinion this policy may increase numbers in a few years.

One complaint that is real and will most likely come to fruition was that this policy will “eliminate levels of football” particularly in small schools. Yes, it will. However, if your program has 37 kids is that safe to be having three levels of football anyhow? Forget 37, is 50-60 even large enough for three levels of football? Stupid and archaic conference rules along with the “machmismo” of sport have driven the thought/need of three levels. Maybe as the sport looses players, trimming back a bit might help?

This is a new frontier for Illinois, heck the nation, so there will be growing pains. The most clear is how to run a Tuesday practice if you have players playing on a Monday. Accompanied by: what does a football week with games look like going forward. All legitimate questions and unknowns, but, there are some really smart coaches, athletic directors and administrators that will get that all figured out.

What is most important here is that high school football players in Illinois will be the most protected in the nation when it comes to rest and recovery. What a tremendous day.